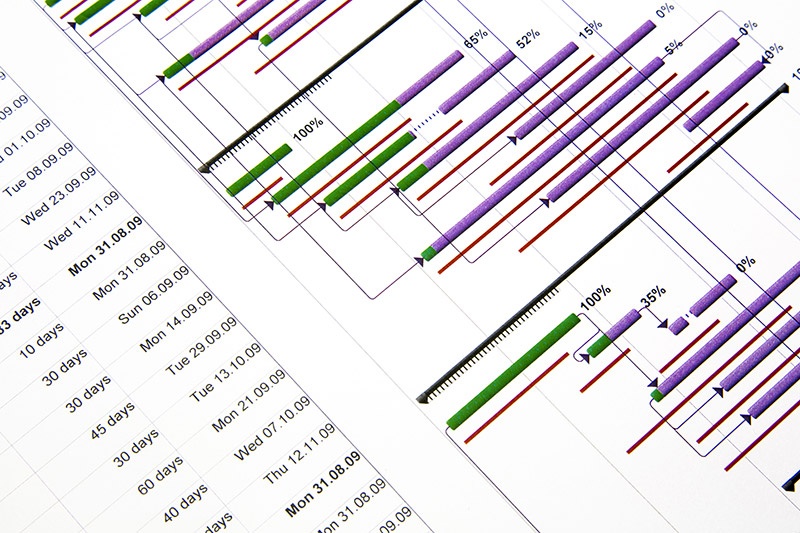 Charles Edwards, Barrister and TECBAR Adjudicator, reviews the key case of North Midland Building Ltd v Cyden Homes Ltd [2017] EWHC 2414 (TCC) on concurrency and extensions of time.  These Part 8 proceedings in the Technology and Construction Court (“TCC”) involved an issue of contractual interpretation of an amended Clause in an amended JCT Design and Build Contract 2005 with respect to a claim for an extension of time during a period of concurrency and whether the Contractor was entitled to an extension of time.

The Claimant in this matter was North Midland Building Ltd (“the Contractor”) v Cyden Homes Ltd (“the Employer”).  The parties entered into an amended JCT Design and Build Contract 2005 with bespoke amendments executed on 21 September 2009.  The Employer engaged the Contractor to build a house together with substantial outbuildings, barns and associated works in Lincolnshire.  The house was for the Dyson family.  The house was said by the Contractor to be the most important private house to be constructed in this country for many years, although the Employer did not admit that.

A dispute arose between the parties with regard to one of the Clauses in the contract concerning the way in which extensions of time would be dealt with in certain circumstances where there was concurrent delay. The Clause in question was Clause 2.25.1.3(b) of the JCT Design and Building Contract 2005, as amended by the Special Conditions in the contract executed between the parties.  The Clause read as follows:

“…The clause as amended reads as follows, dealing with delay and the circumstances where:

(a) the Contractor has made reasonable and proper efforts to mitigate such delay; and

then, save where these Conditions expressly provide otherwise, the Employer shall give an extension of time by fixing such later date as the Completion Date for the Works or Section as he then estimates to be fair and reasonable….”

Clause 2.25 from the JCT Design and Build Contract had been amended with the addition of Sub-Clause 2.25.1.3(b) which the Parties had added to the standard clause.  The effect of this amendment therefore added into the extension of time mechanisms the proviso that in assessing an extension of time pursuant to the contract, any delay caused by a Relevant Event which was concurrent with another delay for which the Contractor was responsible shall not be taken into account:

It was in respect of this amended Clause 2.25.1.3(b) which the Claimant sought declarations.

The declarations sought from the TCC are as follows:

“…(i) that the effect of Clause 2.25.1.3(b) is to make time at large where the claimant has a claim to an extension of time for a delay caused by a Relevant Event where that delay is concurrent with another delay for which the claimant is responsible; and

(ii) in such circumstances, the claimant must complete within a reasonable time and liquidated damages are void….”

The dispute between the parties concerned the delay of the works and the concept of concurrent delay.

The Employer’s response to the Contractor relied upon the amended Clause 2.25.1.3(b) of the amended JCT Design and Build Contract.   The only delay which had not been “consumed by culpable delays attributable to” the Contractor was in connection with the weather which entitled the Contractor to an extension of time of 9 Days.  The Employer stated amongst others things that:

“Whilst no consideration has been made with regards to ‘reasonable and proper efforts to mitigate such delay’, the delays resulting from Delay Events 1 and 9 have been consumed by culpable delays attributable to North Midland Building [ie the claimant], thus reducing entitlement to an award of an Extension of Time.”

The Employer’s interpretation of Clause 2.25.1.3(b) and position with regard to the concurrent delays and the Contractor’s application for an extension of time can be summarised as follows:

“if there are two delaying events, to which I shall refer for these purposes as Event X and Event Y, occurring at the same time and causing concurrent delay to completion of the works, with Event X otherwise entitling the claimant to an extension of time, and Event Y being “another delay for which the Contractor is responsible”, then the claimant would not be entitled to an extension of time in respect of those two delaying events”.

The Contractor in summary disagreed with the Employer’s interpretation of Clause 2.25.1.3(b) and placed reliance upon the doctrine of prevention, the principle of concurrent delay and the case of Multiplex Construction (UK) Limited v Honeywell Control Systems Limited [2007] BLR 195.

At paragraphs 16 of the judgment, the Court stated that the prevention principle simply does not arise and that this case was concerned with the correct construction of the amended Clause incorporated in the Contract by the Parties.  In construing the Clause in question, the Court referred to the decision of the Supreme Court in Wood v Capita Insurance Services Ltd [2017] 2 WLR 1095 which followed the case of Arnold v Britton [2015] 2 WLR 1593.

The Court stated that “the starting point is the language itself; the words the parties have themselves chosen”.

The Employer submitted that the meaning of the words in Clause 2.25.1.3(b) were crystal clear.  The Court confirmed that if there was any realistic doubt about that then it was happy to confirm that it was crystal clear.

The Court held that in the circumstances the Contractor was not entitled to an extension of time based on what the parties had agreed.  The Court stated amongst other things that:

“The parties agreed that, in the scenario I have outlined above, if the contractor were responsible for a delaying event which caused delay at the same time as, or during, that caused by a Relevant Event, then the delay caused by the Relevant Event “shall not be taken into account” when assessing the extension of time. I fail to see how that raises any issues of construction whatsoever. The dicta of Jackson J in Multiplex does not have any effect upon that conclusion at all, in my judgment. It is a clear agreement dealing with the proper approach to consideration of the appropriate extension of time in situations of concurrent delay, when one cause would otherwise entitle the contractor to such an extension (absent the concurrent event) but the other cause would not. The contractor is not entitled to an extension of time in that situation…”

Finally, the Court stated at paragraph 20 of the judgment that the final nail in the coffin in respect of the Contractor’s submissions with regard to reliance upon Multiplex Construction (UK) Limited v Honeywell Control Systems Limited [2007] BLR 195, if there were anything left to bury of them at all, is that clause 2.26 of the contract in this case contains the contractual definition of Relevant Events.  Clause 2.26.5 includes as Relevant Events the following which specifically classifies acts of prevention as Relevant Events:

“any impediment, prevention or default, whether by act or omission…”

This sub-clause specifically classified acts of prevention as Relevant Events.  Therefore, it was clear how acts of prevention were to be dealt with and as stated by the Court, rather than supporting the Claimant’s case, this was directly contrary to it.

The issue of Concurrent Delay and Extensions of Time can be quite a contentious matter in connection with construction contracts. This judgment from the TCC considered Concurrent Delay in the context of an amended JCT Design and Build Contract and found that the Contractor was not entitled to an extension of time with regard to concurrent delays.

It is essential that Employers, Architects, Contract Administrators, Contractors and Subcontractors are aware of amendments or terms within their construction contract dealing with Concurrent Delay and how the Extension of Time mechanisms are to be administered when there is concurrent delay.

It is arguable that Employers are likely to include similar amendments within their standard forms of construction contracts to expressly deal with the consequences of Concurrent Delay and apportion the risk on the Contractor and likewise Contractors are also likely to do the same with their Subcontractors, whereby the risk will be placed upon the Subcontractor.

For further information with regard to the resolution of Extension of Time issues/disputes such as that set out above, please do not hesitate to contact me.

The above is for general information only and to encourage discussion and does not constitute legal advice.  The author does not assume any responsibility for the accuracy of any statements made and appropriate legal advice should be taken and relied upon before taking or omitting to take any action in respect of any specific matter.